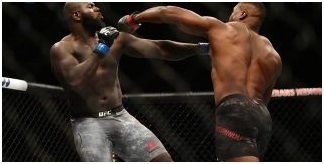 What Is Mixed Martial Arts (MMA)?

What is Mixed martial arts (MMA)? The answer to this question depends on how much knowledge you have about the sport. MMA fighters have a style that is all their own, blending techniques from several different martial arts. They are highly skilled athletes and well-conditioned. This article will discuss some of the techniques used in this sport. It’s a great way to understand how the sport is practiced and the skills involved.

MMA fighters have a unique style of fighting

MMA fighters have unique styles. Some are known for being boxers, while others specialize in grappling or Muay Thai. Regardless of the style, each one has its own strengths and weaknesses. Clay Guida loves to pressure his opponent and seek takedowns, while Anderson Silva is known for his wild exchanges. Other fighters, such as TJ Dillashaw, have unusual styles that combine striking with unorthodox footwork.

Boxing is an excellent base for a striking base in MMA. This sport is known for its high-impact strikes, but MMA fighters have an edge over boxers because they also use their legs. Combined with a good technique, boxing is useful for self-defense scenarios. Boxing is also a popular sport and virtually every MMA fighter has taken at least one boxing class. In fact, many BJJ competitors and collegiate wrestlers learn MMA by taking boxing classes. Interestingly, some wrestlers find striking difficult, but others excel at it.

Ground and pound is another unique style of MMA. The idea of ground and pound is an aggressive grappling style in which fighters use their legs to strike their opponent. In MMA, the MMA fighter attempts to apply the Triangle-Armbar submission by taking their opponent to the ground. During this phase, the opponent can attack back, allowing the striker to take advantage of the ground position.

MMA is a type of combat sport where the fighters combine the best techniques of several different martial arts to create a comprehensive fighting system. While some people may think they can beat the top fighters in their respective martial arts competitions, this is not the case. Mixed martial arts are based on Brazilian Jiu Jitsu and include techniques from other styles. This mix of techniques allows for a variety of effective attacks and defenses.

The most common types of striking and grappling techniques used in MMA include punches, elbow strikes, and kicks. Grappling techniques include holds, sweeps, takedowns, and pinning maneuvers. MMA competitors typically have some knowledge of boxing, judo, tae kwon do, and jiu-jitsu. Some styles combine techniques from many different disciplines to create a unique fighting style.

Some people have argued that MMA is not a legitimate martial art because of its unique mix of techniques, but this is not entirely true. Some real martial arts have incorporated techniques from other disciplines in order to make their styles more appealing to non-martial arts enthusiasts. For example, Russian Sambo incorporates catch wrestling and judo, and BJJ is derived from Judo. In fact, most throws, trips, and joint locks in BJJ are Judo techniques.

They are highly skilled athletes

The popularity of mixed martial arts has grown to include men, women, and even children. While many people think that MMA is violent, this isn’t necessarily the case. Athletes involved in this sport undergo years of dedicated training. While MMA isn’t a barbaric sport, it is a highly skilled sport that requires dedication. Here are some reasons why mixed martial arts is beneficial to athletes of all ages.

MMA athletes have high levels of cardiorespiratory endurance, which is important for competitive sports. Their endurance is significantly greater than the general population. Because of this, MMA athletes have a greater endurance level than endurance athletes. In addition to this, they have a greater muscular strength and endurance than the average person. Athletes with high stamina, agility, and power can compete in a variety of mixed martial arts competitions.

While the sport of MMA is largely considered an extreme form of combat, there are also some amateur and professional fighters. The UFC is a major venue for competition, and many of the top fighters train very hard. Despite the reputation of MMA fighters, most of them have extensive college and/or athletic background. Some of them have even studied under University degrees and won wrestling scholarships. There are many women in MMA.

They are well conditioned

A common question from mixed martial artists is, “How are these guys so well conditioned?” The answer is simple. They train in different disciplines, including kickboxing, boxing, and kung fu. The additional time spent on physical preparation is used to refine technical skills. The training is fast paced and constantly evolving, so fighters need to be highly conditioned to be able to keep up. For this reason, martial arts training is highly beneficial to both the athlete and the audience.

The fighters of the Ultimate Fighting Championship are among the best-conditioned athletes in modern sports. The next generation of mixed martial artists will have Frankie Edgar-esque fitness and knowledge of multiple martial arts. They will be able to endure five-round fights without slowing down. And if they train hard and consistently, they will remain competitive and healthy. In addition to the fights themselves, the UFC fighters are a great example of a well-conditioned mixed martial artist.

They cross-train in other disciplines

High-level athletes often cross-train in other sports during the offseason. Some athletes, such as Clay Matthews, work out with UFC legend Randy Couture. Couture pushes Matthews to the limits in mixed martial arts training. Matthews’ coach, Jay Glazer, uses a similar training regimen to help athletes improve their cardio. It also helps to have a diverse set of training partners.

There are several benefits to cross-training in other sports. Cross-training improves fitness and helps to prevent overthinking and overtraining. Injuries can happen if you’re too focused on one aspect of your game. Training to perfect a single skill over can exhaust your brain. Cross-training helps to avoid these risks and maximize your fighting skills. Swimming and cycling are also great exercises that build your stamina and improve your cardiovascular conditioning.

The purpose of training in multiple disciplines is to become proficient in more than one style. For instance, boxing and Taekwondo both use punches and kicks to defeat an opponent. However, MMA incorporates techniques from several disciplines. Training in MMA develops competence in multiple disciplines and is applicable in most other forms of martial arts. You can transfer this training to other sports, including wrestling. It also enhances your ability to master several techniques.

They respect their coaches

Many fighters in mixed martial arts (MMA) respect their coaches. Head coaches will not tolerate disrespect in their training centers, and MMA fighters are expected to behave in the same manner when representing their coaches outside of the gym. However, not all fighters follow these unwritten rules. Those who train outside of these prestigious facilities rarely respect their coaches. That said, there are some rules that should always be followed, especially if you are looking to get a head start in the sport.